The Elder Dragons have resurfaced. Amidst the destruction and horrific transformations caused by their arrival, there’s a secondary—and, frankly, more interesting—effect. The real stories of Guild Wars and Guild Wars 2 are about the struggles between races and nations. The Elder Dragons are the catalysts of these struggles; specifically, Primordus has driven the rat-like skritt (presumed extinct) back into territories the asura consider their own.

The Elder Dragons can only be fought if the peoples of Tyria can form an honest alliance. And this is Primordus’s role in the asura’s story: not to be a big scary monster, but to force them to confront a race whose ideology couldn’t be further from their own.

The skritt were designed “to challenge the asura on their own terms,” according to Ree Soesbee (http://www.arena.net/blog/those-sneaky-sneaky-skritt). You can see this in the way each race views and values intelligence. Nothing is more important to the asura than an individual’s intelligence, so much so that they’re known for their arrogant gloating and competition. They will go out of their way to make sure their ideas are not shared, as Snaff and Klab did in Edge of Destiny. That episode in the novel ended with the Arcane Council appointing Klab to a new position. Public service, rather than being an honor or a duty, is a punishment, preventing the “honored” individual from pursuing their own goals.

So, how insulting it must be to an asura to see skritt, little more than vermin in their eyes, functioning intelligently at all, let alone outsmarting an asura. The skritt do so with their network; as it grows, so does their collective intelligence. Individualism impedes them. This is more than just a simple opposite of the asura; it’s a metaphor and a foil for how the asura function. It’s through sharing ideas that skritt intelligence is able to rival the asura’s. And through resorting to asuran methods that they fail.

The asura are famously long-winded and view this feature as a sign of superiority. They believe they need to explain the simplest concepts to other races, and will do so as laboriously, condescendingly, and sadistically as possible. The skritt contrast this, often assuming that they don’t need to help a non-skritt keep up with their chatter. 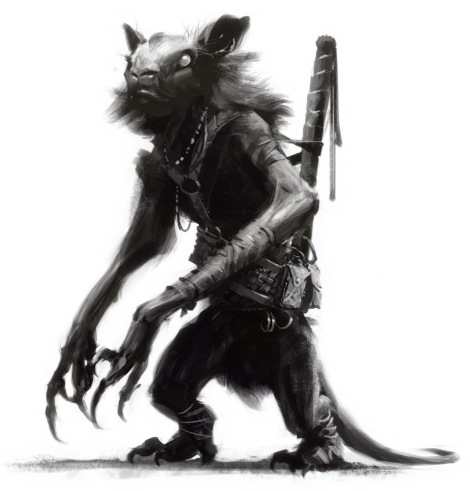 The skritt language conveys ideas quickly and efficiently; the more there are, the faster they can communicate and brainstorm. My first thought was that it worked like crowdsourcing, or even Twitter. A group of skritt will each constantly throw out ideas, with the good ones being repeated (retweeted) until the most favorable ideas become predominant. (Now my mind is tickled with things a skritt might possibly tweet; I’ll just say maybe the reason the asura want to exterminate them is because they’ve read the trending topics.)

This network is what has been called their hive mind. I’ve been pouring over different examples of hive minds in and out of the Guild Wars universe to find something similar to what Ree described: able to accelerate and parse ideas as more skritt join the conversation. We’ve seen hive minds in Guild Wars before: first with the destroyers, but they weren’t explored much beyond being a typical insectoid hive mind, I think. The sylvari are unique on their own, but wholly different to the skritt. The skritt don’t share a consciousness, they only have a way of communicating that’s hard for us to grasp.

Or is it? Maybe the nearest analogy to the skritt’s hive mind is in the history of human development (that’s Homo sapiens, not the tiny norn). As we’ve come to understand our evolution, two theories explaining our intelligence have been prominent. The more favored one is that through networking with other groups we were able to share more novel ideas and make life easier, allowing our intelligence to develop. Compare this to an average chimp, which may have a network of maybe 15 other chimps through its entire life--that’s not a lot of new ideas. It’s estimated that an early human would have access to a network of nearly a thousand other humans, through family, in-laws, and peaceful tribal neighbors, increasing the spread of information and exposing them to many more ideas. (Some further information: http://www.cbc.ca/quirks/episode/2011/0 ... il-16-2011)

Theories of human evolution have a tricky chicken-and-egg problem: did our evolution allow our brain to increase in size (via networks) or did the size of our brain drive our evolution? The skritt are analogous with the first example on a smaller and faster scale, although with the unfortunate drawback that they don’t retain any of the info once they’re split up. Ask an asuran if a large brain or a network is the key to their intelligence and... well, she probably wouldn’t bother taking the time to explain it to a bookah—if it weren’t for the opportunity to demonstrate the abstrusitude of her eruditity. 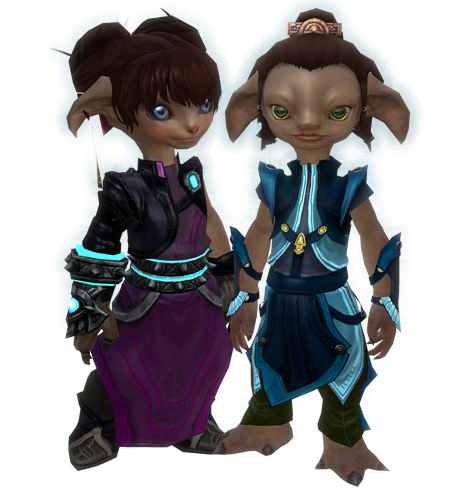 Finally there’s faith. You have the asura’s Eternal Alchemy: ”eternal” is an infinite concept and “alchemy” is the chemistry of the impossible—two purely conceptual ideas. (Less conceptual in the eyes of the power-hungry Inquest, at best an eccentricity of the faith and at worst a serious danger to society.) Skritt faith, as described in the post, is materialistic and practical. The asura look for meaning and purpose in the metaphysical machinations of the world; the skritt look for use. (The Inquest combines a little of both, believing they can control the Eternal Alchemy for their own ends.)

There’s nothing mutually exclusive about these faiths, and neither seems to see the other as heretical, yet in the end there is such a fierce rivalry between the two. Why are the asura so hostile towards the skritt? Are they just being territorial? Do they like the fact that the skritt provide endless fodder for their weapon experiments, and simply don’t respect the personhood of the skritt enough to be bothered? Or are they so high on their own egos that they can’t accept that the skritt are able to rival them?

The skritt have a tough battle ahead of them in order to survive above ground, and the asura will have their own struggle to avoid falling into the depths of genocide. I don’t say that lightly; the asura believed the skritt had been wiped out by Primordus and greeted their return with renewed attempts at extermination. They apparently had little remorse in the skritt's elimination, as if the belief that Primordius was responsible tacitly removed any responsibility the asura had in their extinction. Now the skritt have returned like ghosts to dare the asura to do it again.

I am fascinated by the asura. No doubt they will be the first race I play. I hope to see how their dark past with the skritt weighs on their conscience. Is it a price they've paid for their values? We can already see how the differences between the two races highlight what makes them unique. I can’t wait to see how each race will confront the Elder Dragon’s true challenge.
The unofficial Guild Wars magazine.
© 2003-2011 ArenaNet, Inc. All rights reserved. NCsoft, the interlocking NC logo, ArenaNet, Arena.net, Guild Wars, Guild Wars 2, and all associated logos and designs are trademarks or registered trademarks of NCsoft Corporation. All other objects are the property of their respective owners.